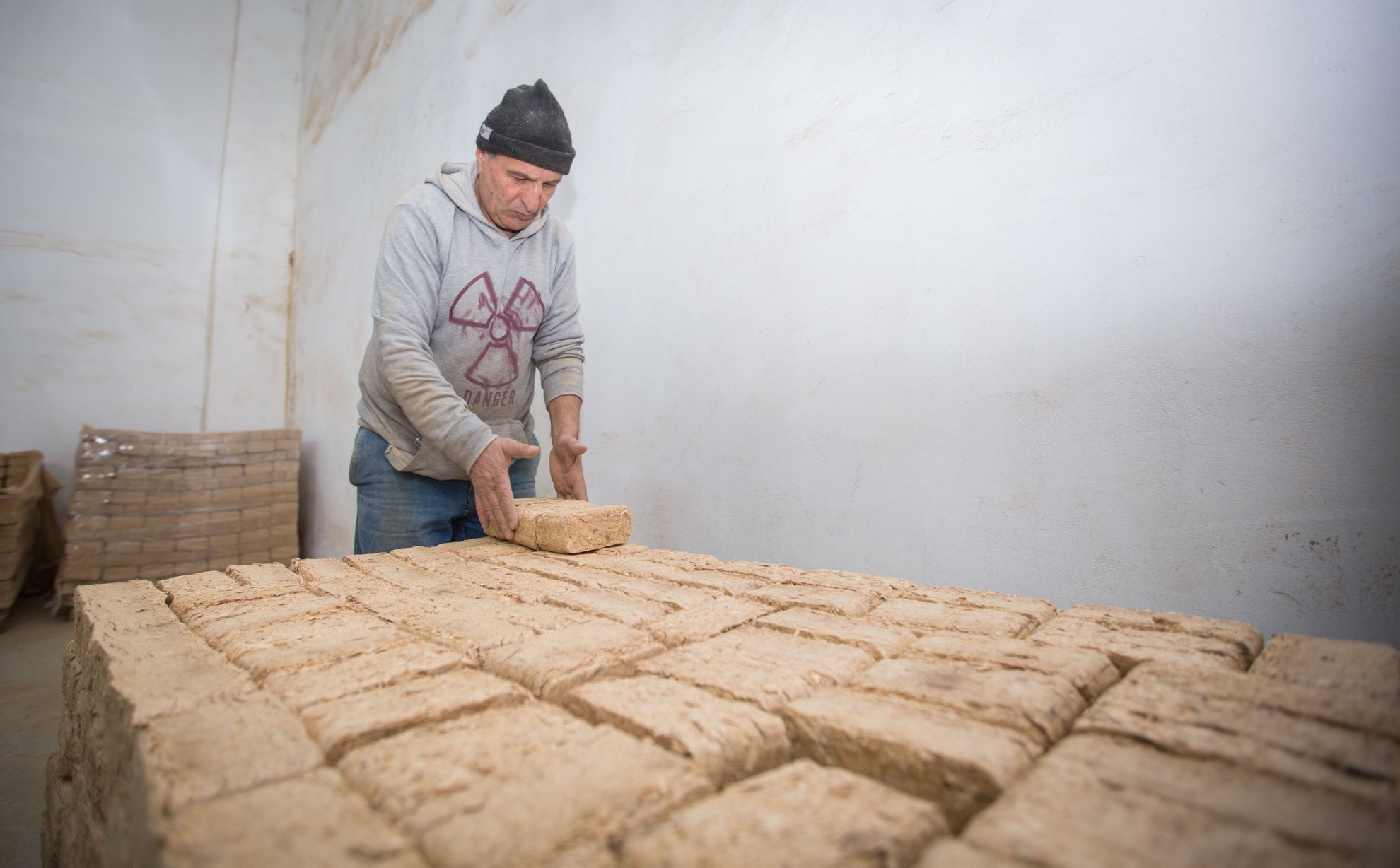 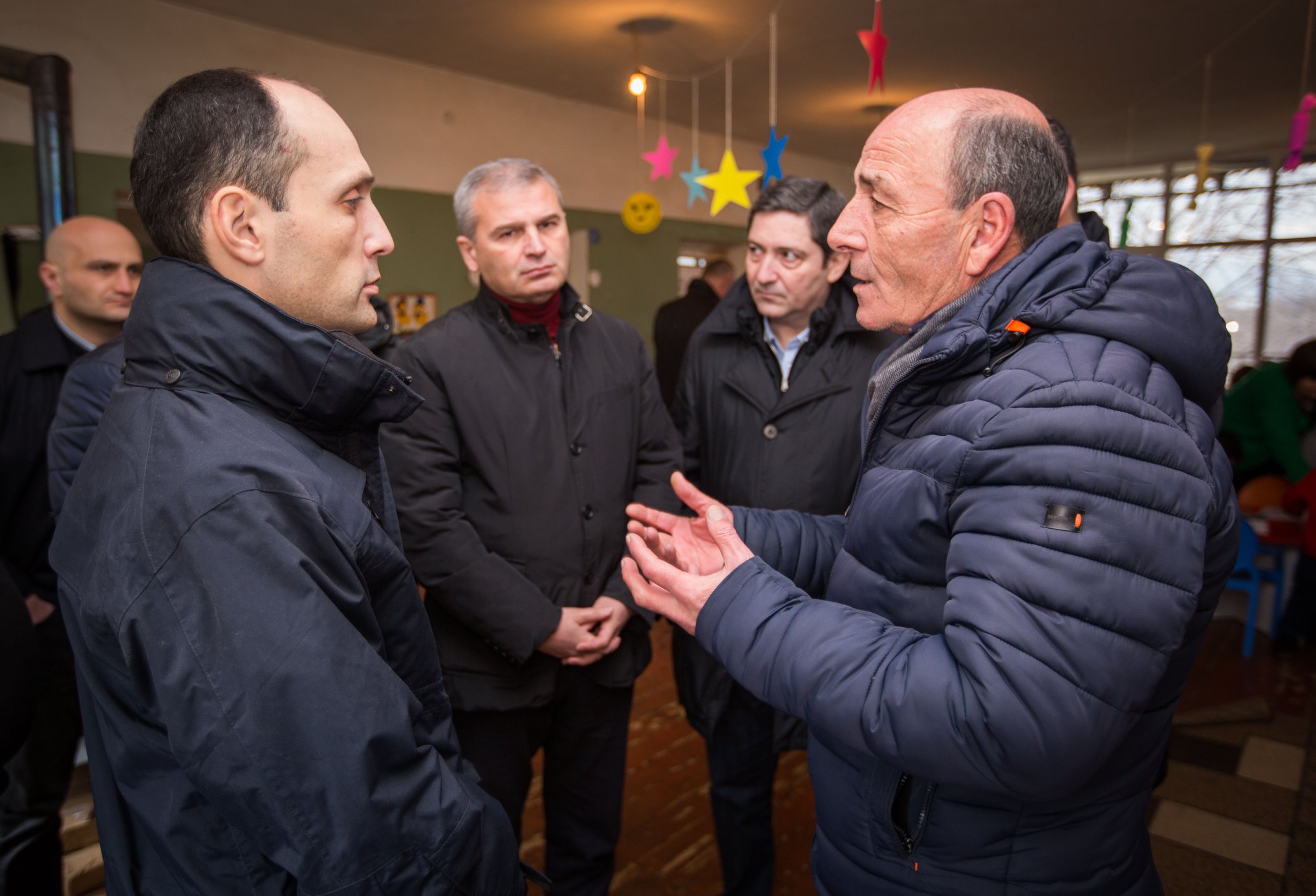 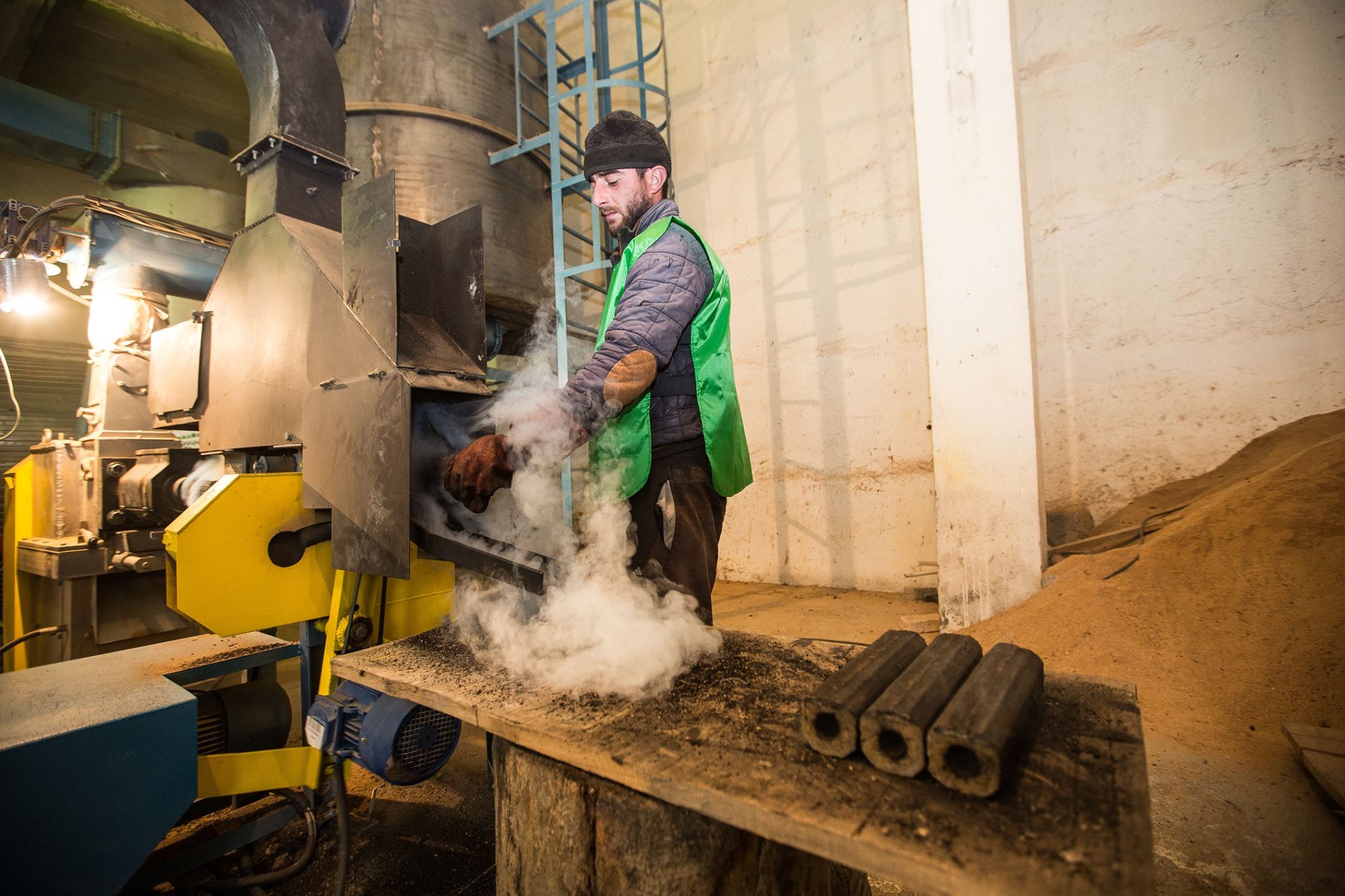 The Minister got acquainted with the production of Briquettes in Kakheti

The Minister of Environmental Protection and Agriculture, Levan Davitashvili got acquainted with the production process of briquettes in village Matani, Akhmeta Municipality.The project of construction of briquettes enterprise (being under the authority of National Nursery) was implemented with the help of Greens Movement "Friends of the Earth" and UNDP. The Ministry of Environmental Protection and Agriculture is working to promote ecologically clean fuel briquettes in the country.
"We aim to reduce pressure on forests. Therefore, it is very important to promote the development of alternative fuels. One of the best ways well known in Europe are briquettes  made of waste.
The briquettes have a higher heat and energy capacity and are ecologically clean. It is important to replace firewood with briquettes, so its production will be encouraged by the state. Due to the changes made by the government, a number of enterprises are allowed to have an access to wastes in the woods, which will further improve the sanitation in forests" -said Levan Davitashvili.
The Minister of Environmental Protection and Agriculture visited private enterprise "Kera" Ltd. and got acquinted with the production process.
The briquet is made from waste in the woods and deliver 4-5 times more heat than dried firewood. The Minister delivered a packet of briquette as a symbolic gift to the kindergarten in the village, Alvani.
The Minister was accompanied by the Deputy Minister of Environmental Protection and Agriculture Solomon Pavliashvili, Director of National Nursery, Revaz Bezhashvili, Governor of Kakheti, Irakli Kadagishvili, Head of the Forestry Agency and Forest Policy Department, as well as NGOs working on environmental issues.