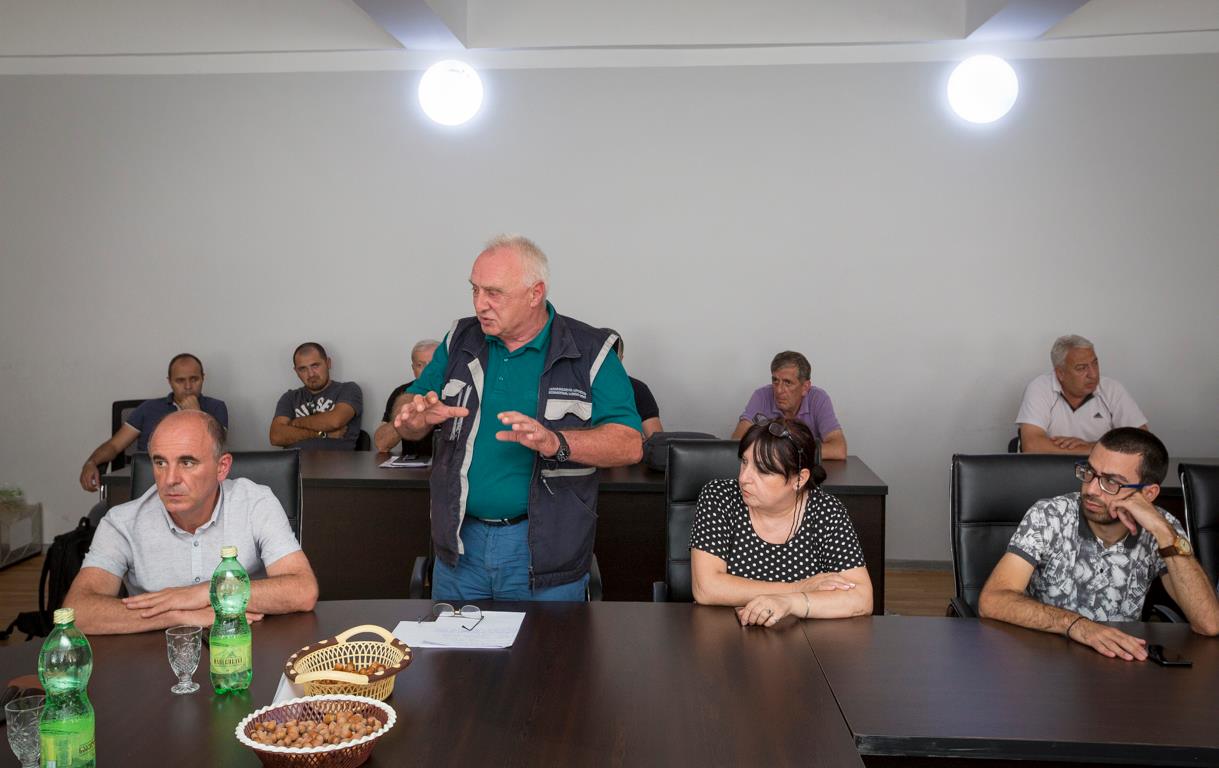 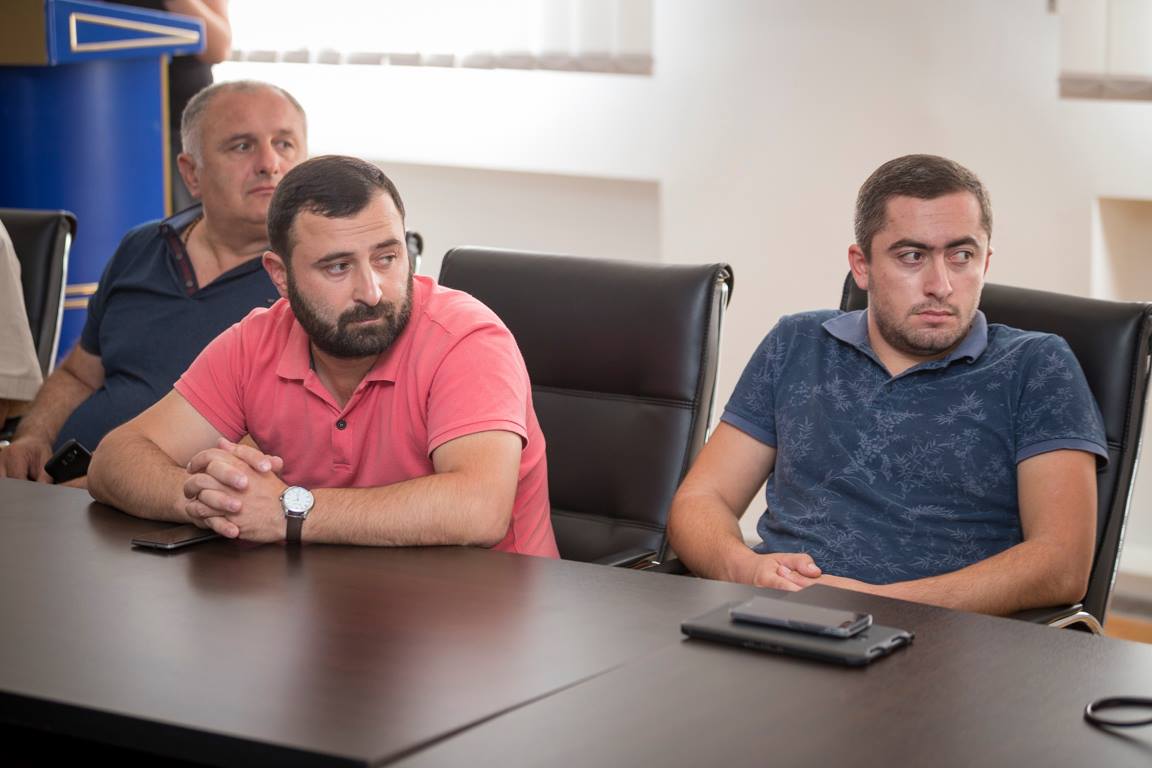 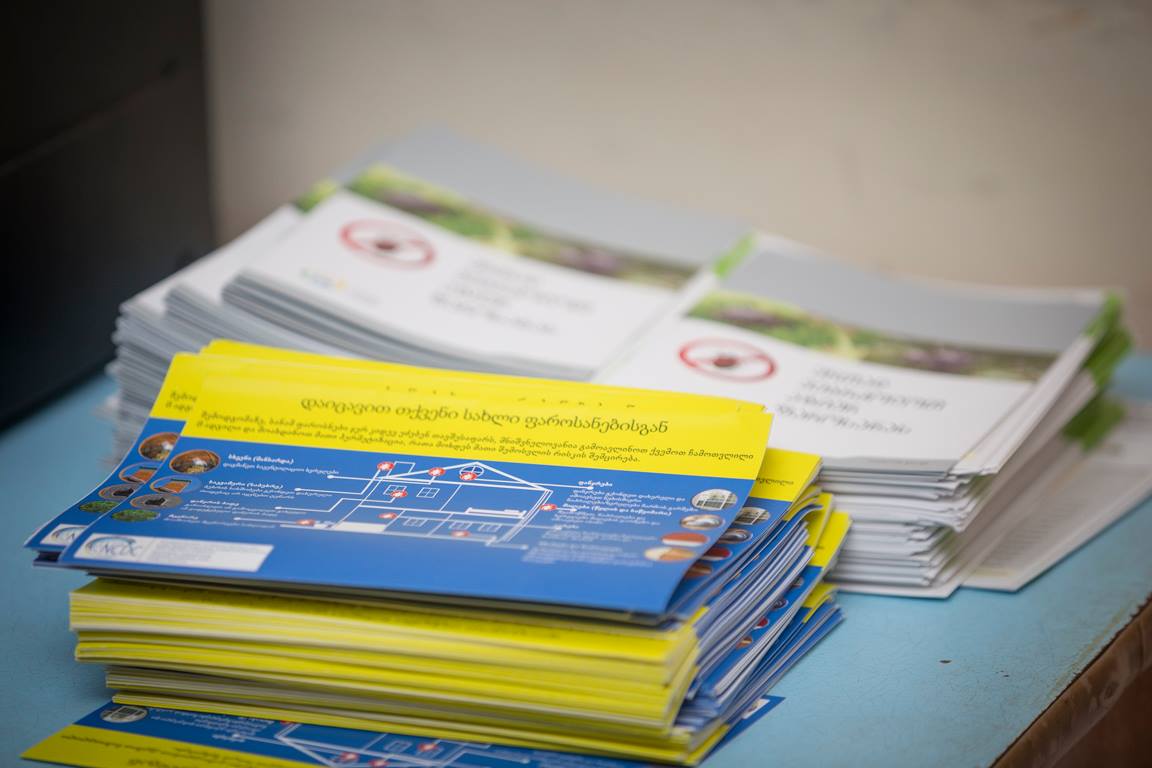 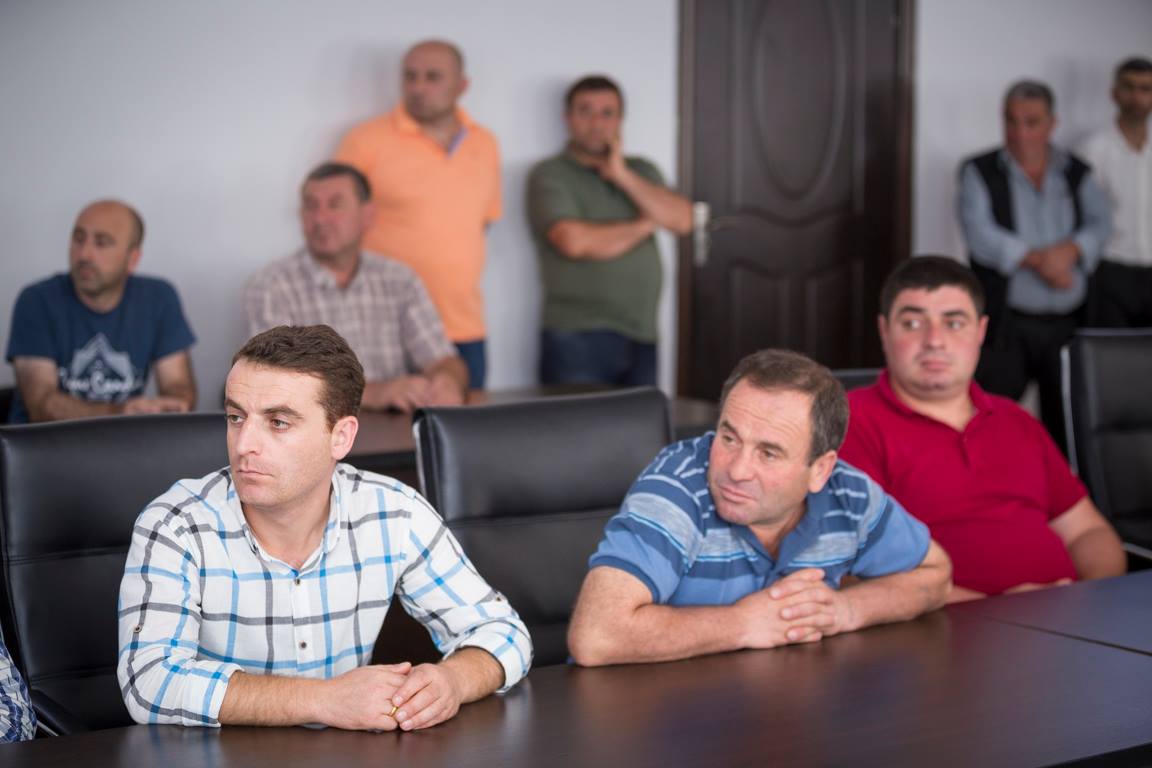 The Deputy Minister of Environmental Protection and Agriculture, Giorgi Khanishvili met with the farmers in Baghdati and Vani municipalities. The issues related to the Brown Marmorated Stink Bug invasion in west part of Georgia, as well as outcomes received after the implemented activities was discussed at the meeting.
The measures taken by Georgian Government against the Asian stink bug invasion are still in progress in accordance with the strategy, although,  those farmers who took recommendations from specialists and implemented biological control of plant diseases including fungal pathogens received a good harvest-was noted by  Giorgi Khanishvili.
The farmers provided the Deputy Minister with their activities and problems related to the fungal and bacterial diseases of hazelnuts. Therefore, farmers' involvement and timely taken agricultural measures is essential to get a high quality harvest -was noted at the meeting.
Successful farmers shared their experience. The damage caused by Asian stink bug is minimal in the current year, moreover, favorable results were achieved by means of measures taken in connection with other plant diseases. The heads of local municipalities and representatives of information-consulting service centers attended the meeting.
Giorgi Khanishvili held meetings with farmers and residents in Samegrelo and Guria regions as well.
View all