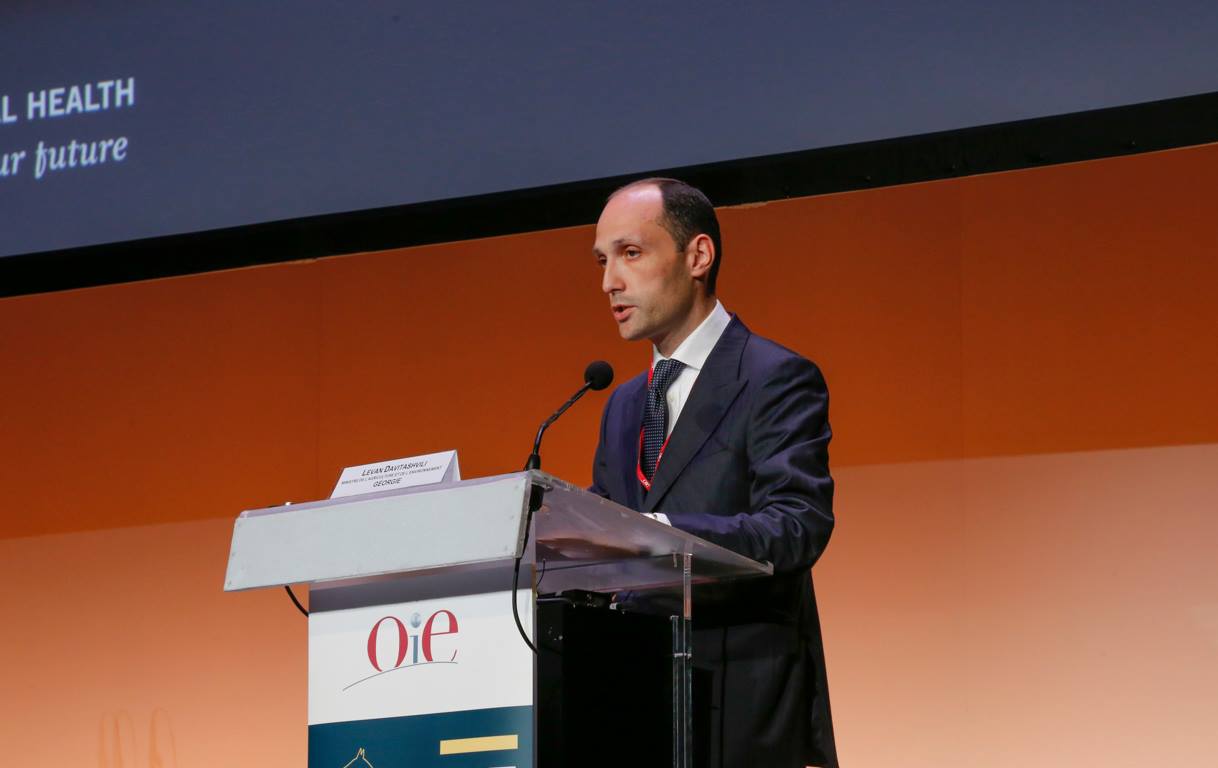 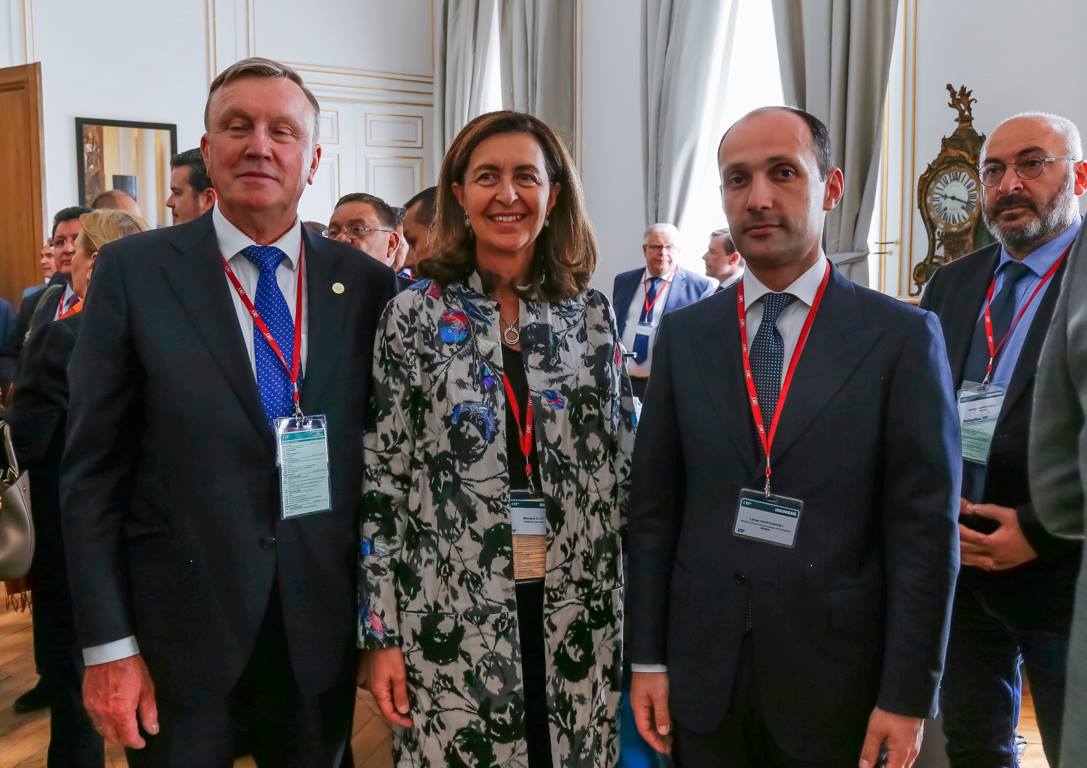 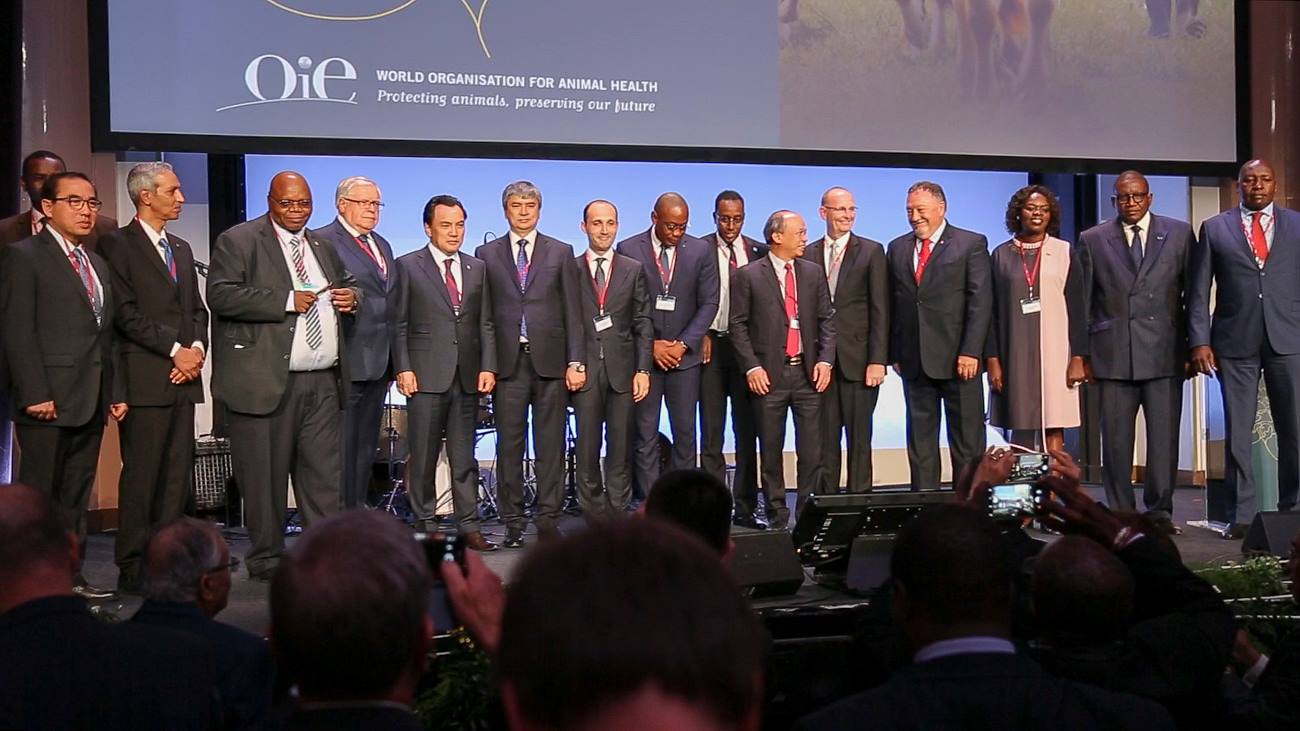 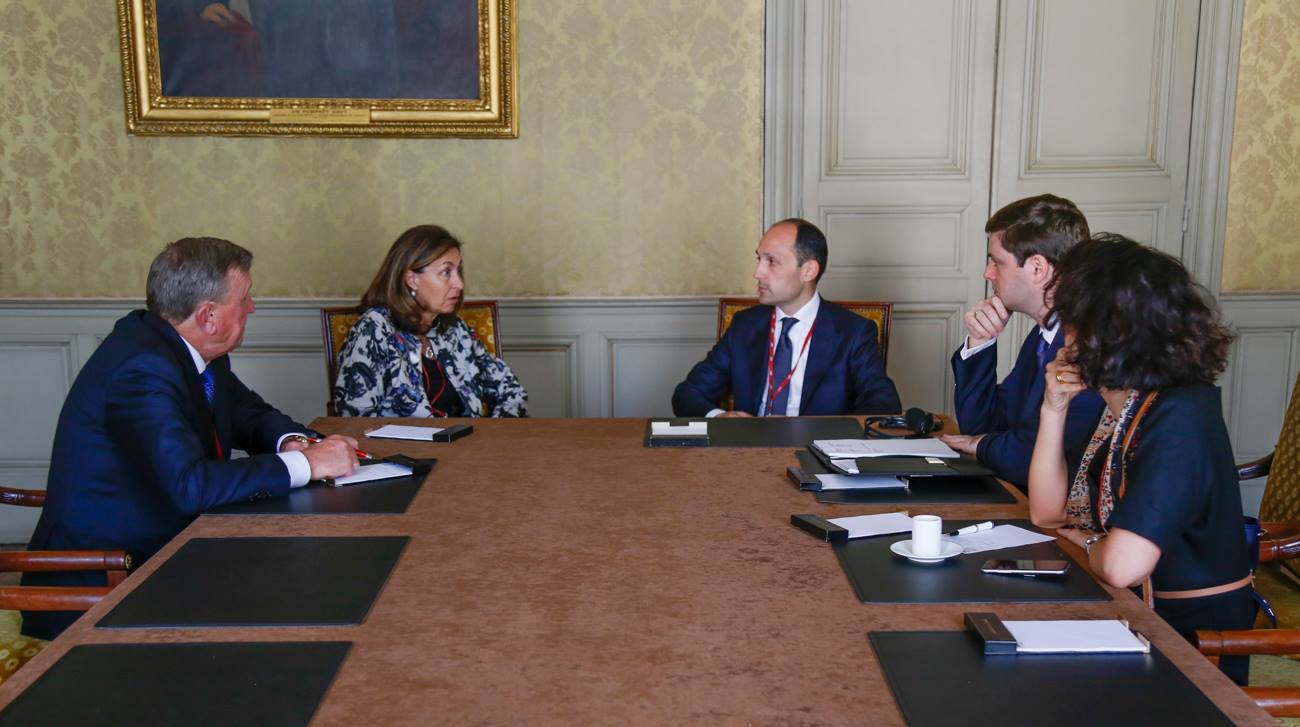 The Minister of Environmental Protection and Agriculture, Levan Davitashvili is attending the 86th General Session of the World Health Organization (WHO) in Paris, France.
At the opening ceremony, Levan Davitashvili addressed the delegates with a welcoming speech.
"We actively cooperate with the World Health Organization (OIE) and have tangible results – in terms of developing infrastructure, vaccines to different diseases, new and modern standards are implemented, which has been positively reflected on the export potential of our country," said Levan Davitashvili.
At the general session Agriculture Ministers of various countries and representatives of diplomatic corps delivered speeches. The participants were focused on new challenges, they discussed issues how to prevent risks and strengthen supervision under the frame of  the globalization, they also expressed their integrated approaches.
Within the framework of the General Session, Minister of Environmental Protection and Agriculture Levan Davitashvili together with Nodar Kereselidze, First Deputy Minister and Ambassador of Georgia to France Ekaterine Siradze-Delone, met with the Director General of the World Health Organization (OIE), Monik Elua.
on September 17-21 of the current year, the World Health Organization Regional Commission 28th Conference will be held in Georgia was noted at the meeting. Levan Davitashvili stressed,  that this decision is a recognition of Georgia to have a success in the field of animal health and welfare.
View all