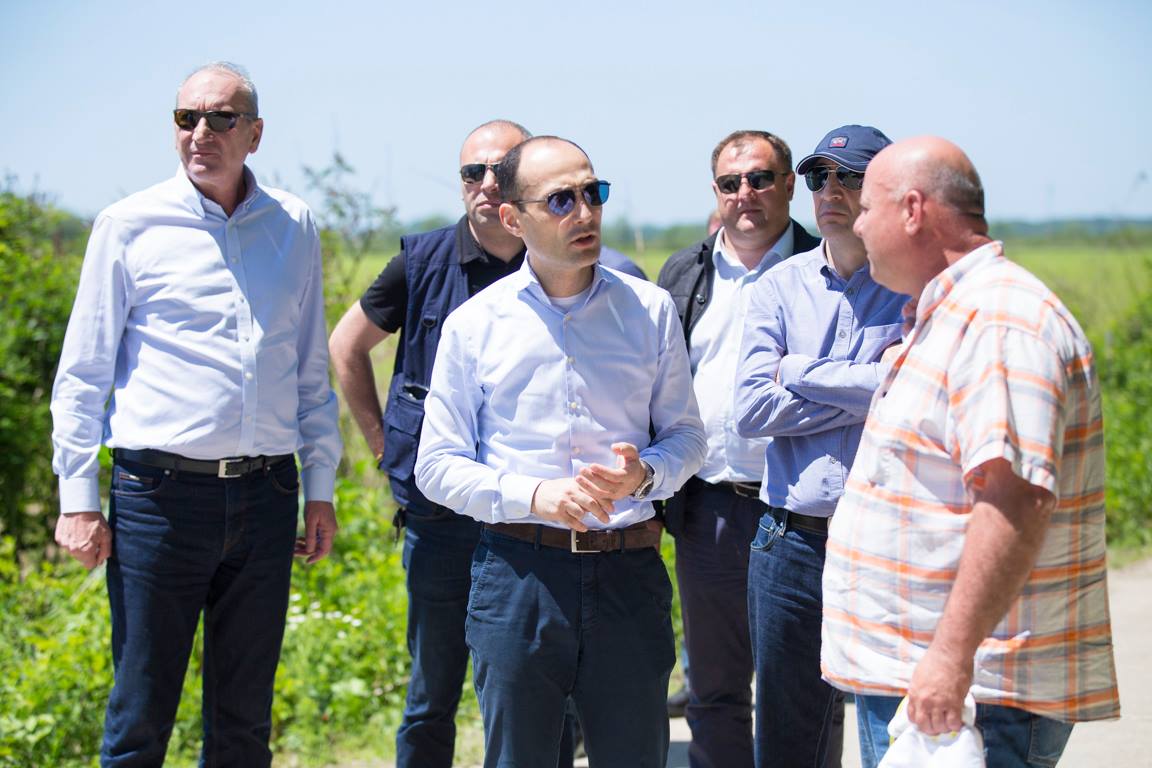 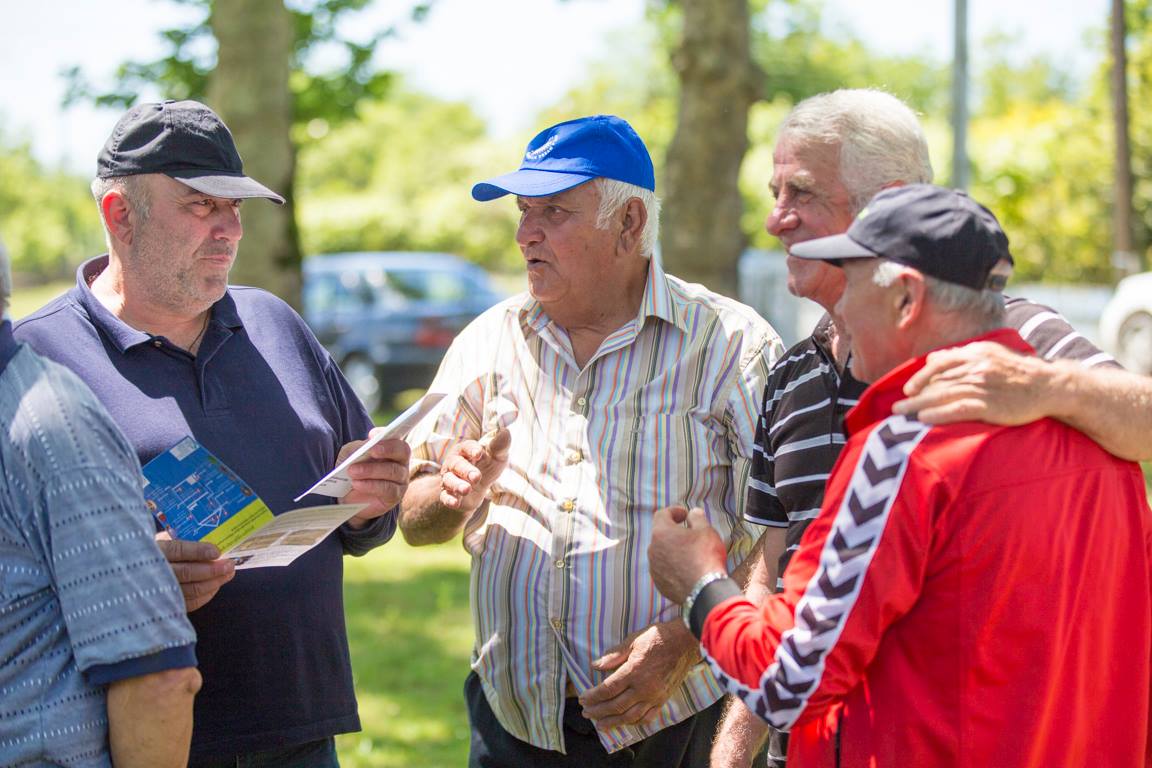 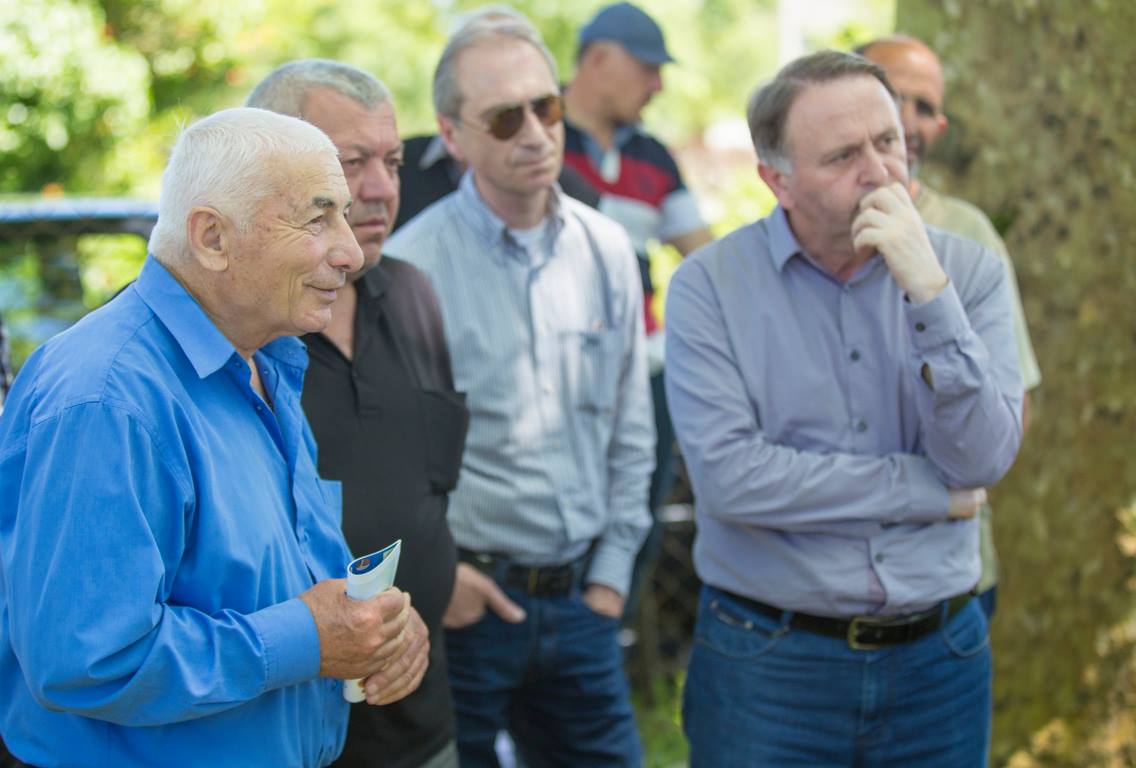 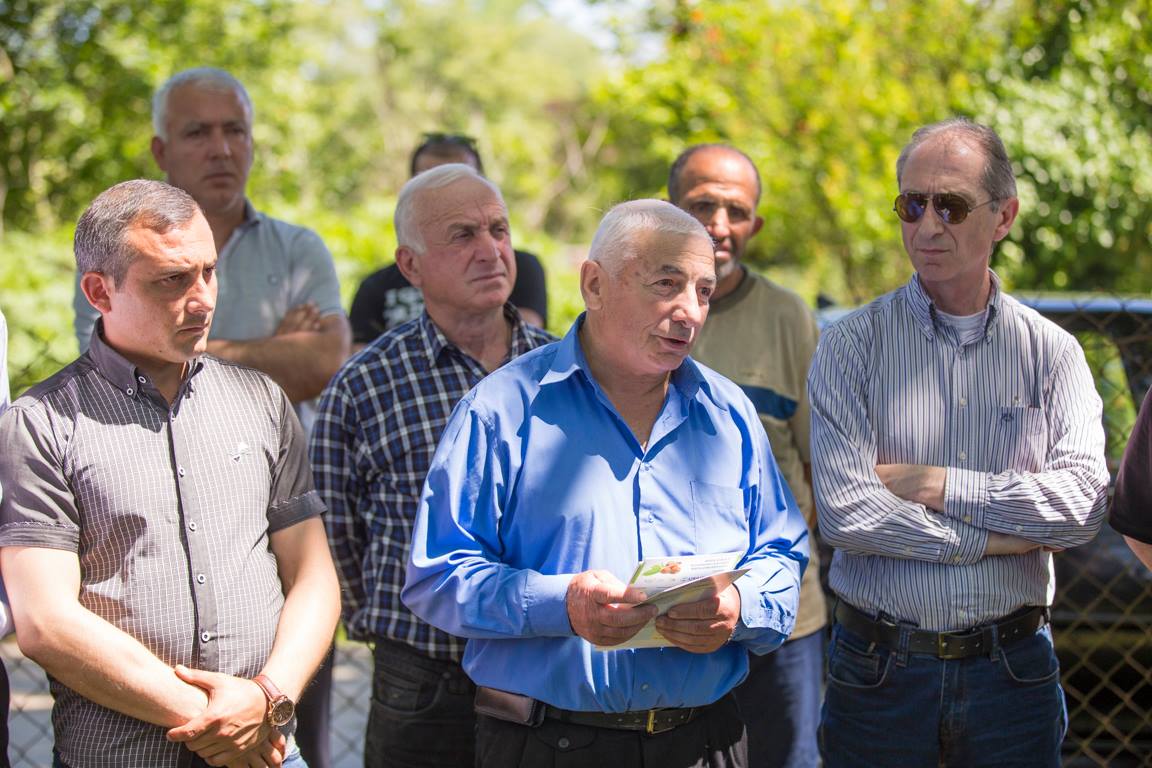 Levan Davitashvili met with farmers in village, Tkhviri,  Abasha municipality and got familiar with the ongoing activities. The Minister visited coordination center, where the data is continually updated and reflected on the interactive map identifying areas of high invasion risk.  On the basis of the data analysis, pesticide treatments are planned to be implemented. Along with the hotline, the phone messaging system is also activated to inform population about the undertaken measures."Coordination center works in an organized, continuous manner, considering the planning scheme developed by the Ministry. 2017 was the challenging first year. In this period we have gained an experience how to fight against the Asian stink bug’’ -said the Minister.The Minister of Environmental Protection and Agriculture together with the head of the National Food Agency, Zurab Chekurashvili, head of the Coordination HQ, Lasha Shalamberidze and representatives of the local government visited cornfields in Anjeli array and inspected monitoring systems.Approximately 10 000 pheromone traps as a lure and trap and kill stations are installed nearby protected areas, in forests and buffer zones to prevent or mitigate invasive species establishment or movement from forest to different agricultural crops. As of today, state owned 30 thousand hectares are processed by thermal fogging, while 1,000 hectares - with cold spraying in the municipalities of Samegrelo, Guria, Imereti and Adjara regions, where the invasive pest is widely spread, treatment activities were implemented through using special equipment and off-road vehicle.